Since the company's foundation, Dante has invested in a robust R&D program with the goal to create end–to–end solutions from diagnosis to therapy. Dante's program began with a focus on rare disease, in response to a diagnosis of a patient with a rare disease for which there were no treatment therapies. Dante's pipeline has evolved across multiple disease areas with four drug programs in full internal development and two in co–development to achieve validation and partner externally on clinical trials and commercialization.

"Personalized medicine needs personalized data, and our progress in the last 18 months alone demonstrates the value of genomic data to research and discovery drug development," said Andrea Riposati, CEO of Dante Genomics. "When we founded Dante Genomics, we felt we had a responsibility to deliver personalized medicine beyond diagnosis so that no patient would be facing a diagnosis with no effective treatments. It is this holistic approach that challenges and motivates us as a company to accelerate science to save more lives."

Dante has advanced its internal drug programs in muscle rare disease and neurological rare disease into the pre–clinical phase. The newest addition to Dante's discovery program pipeline is an mRNA oncology therapeutic in the molecular discovery phase meant to strengthen the immune system against certain cancer types. In co–development with US biotechnology company Protelica, Dante has therapies in respiratory disease and ovarian cancer, both in the non–regulatory pre–clinical phase.

Dante's mRNA COVID vaccine program development began in early 2021 and has recently completed the regulatory pre–clinical phase and is ready for its first in–human.

"My academic background has taught me the value of RNA therapeutics, and Dante's internal R&D leverages mRNA and siRNA technology to accelerate time to patients from concept to clinic," said Mattia Capulli, Chief Scientific Officer of Dante Genomics. "The data and advanced timeline of our mRNA vaccine program demonstrates Dante's high quality RNA platform and the reproducibility of this model applied to other clinical therapies.

The Company also announced its rebrand to Dante Genomics to better reflect its global efforts in genomic information and personalized medicine. The company name, Dante Genomics, comes from the compound of humanity and science. "Dante" refers to the Italian humanitarian poet and "Genomics" refers to the powerful science that takes place in a genomics lab. Since its foundation, Dante Genomics has delivered hundreds of thousands of people with affordable, quality genomic solutions to inform their healthcare decisions. The Company's holistic approach to medicine spans from sequencing and variant interpretation to discovery drug development.

Dante Genomics is a global genomic information company building and commercializing a new class of transformative health and longevity applications based on whole genome sequencing and AI. The Company uses its platform to deliver better patient outcomes from diagnostics to therapeutics with assets including one of the largest private genome databases with research consent, proprietary software designed to unleash the power of genomic data at scale and proprietary processes which enable an industrial approach to genomic sequencing.

A photo accompanying this announcement is available at https://www.globenewswire.com/NewsRoom/AttachmentNg/5e163117–b6e3–40cc–8ecc–48cd9d72e8ce 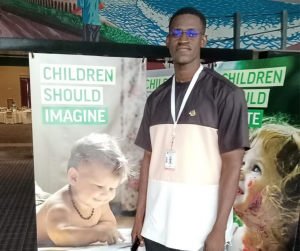 Samuel Sasu Adonteng’s voice was one of many young voices heard during the 5th Global Conference on the Elimination of Child Labour. He believes the inclusion of the youth means there are better chances that the campaign to end the scourge will succeed. Credit: Fawzia Moodley/IPS

By Fawzia Moodley
Durban, May 26 2022 – Samuel Sasu Adonteng, programme officer for the All-Africa Students Union (AASU), believes that the recent 5th Global Conference on the Elimination of Child Labour has taken us closer to ending child labour for the first time because the voices of those affected were heard.

The week-long conference had a strong contingent of child labourers and former children in bondage who spoke out about their horrific experiences and made input on the actions that must be taken to end the practice.

The six-day conference held in Durban, South Africa, concluded with the Durban Call To Action On The Elimination of Child Labour, a blueprint for accelerating the fight at a time when, despite efforts by the ILO and its partners, the number of children in bondage has ballooned to 164 million.

Adonteng played a crucial role in galvanising the child labourers and survivors of child labour from Africa to attend the conference to raise their voices on the international platform.

The 26-year-old Ghanian says that he could easily have become a child labourer.

Luckily for Adonteng, he came from a family that’s very invested in education.

“They believed in the power of education and how it can help children achieve the kind of future they want.

His mother passed away when Adonteng was very young, so he was brought up by his aunt, who, he says, “was so much bent on my education, even if it meant that at some point she had to beg from other people to pay for my school fees.

“So, I was able to go to senior high school and university to get my first degree. Currently, I am pursuing my Master’s degree in Total Quality Management. Hopefully, I’ll get a second Master’s degree in International Relations and Development.

He says many parents in Ghana understand the value of education and “are even willing to sell their belongings to ensure that their children go to school.”

“Parents and other family members play a critical role in ensuring that children have access to education. Some parents send their children out to fishing villages and even farms to work rather than send them to school.”

During the Children’s Forum at the conference, there was a strong call for an awareness campaign for parents to understand the importance of educating their children.

He echoed the call by the survivors of child labour on countries to provide “free, high-quality education and social security networks such as school feeding programmes.”

Adonteng attributes his detour into social activism to “seeing how education can be a powerful tool to turn around the lives of anybody, and how if we don’t take certain actions, we will lose an entire generation to child labour.

He says AASU, which works with the Ministry of Employment and Labour Relations in Ghana, supports a dual approach of child support and institutional support to end child labour. This, he says, resonates with the call by the survivors of child labour at the conference.

“The AASU first partnered with the 100 million Campaign to end child labour in 2018. Our first initiative was an enrolment programme, and through that, our understanding was that we would ensure that every child of school-going age who is not in school is put back into school.”

In the lead up to the Durban child labour conference, the AASU organised the Africa regional virtual march to send a message to grassroots communities that child labour was not the road to success.

“Keeping children in school gives them a higher chance of becoming better people and contributes to national, continental and global development,” says Adonteng.

Governments alone cannot end child labour, he says, “it needs collective effort; if everybody has that one mindset that children should not be working, then we will succeed.”

Adonteng attributes his participation in the conference as a facilitator and speaker to his involvement in the 100 million Campaign and the Global March Against Child Labour through the AASU.

He says the inclusion of children at the conference, several of whom were rescued by the Kailash Satyarthi Foundation, is a significant breakthrough and will help accelerate the fight’s pace, which has failed to bring down the number of children in child labour.

Adonteng says that the conference organisers have taken on board the issues raised by the youth participants in formulating the Durban declaration.

“I think the thoughts of the children have been valued. So, what’s left is for those key stakeholders who have the power, the political will and funding to do what needs to be done. So, if they do care about children, now is the time to make the right funding and policies available.”

This is one of a series of stories that IPS published about the 5th Global Conference on the Elimination of Child Labour in Durban, South Africa. 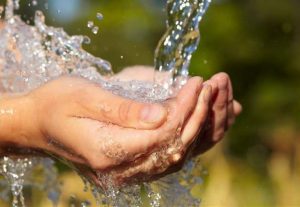 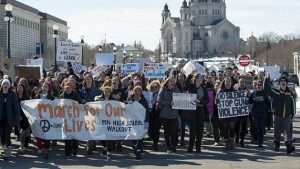