NEW YORK, Feb. 18, 2022 (GLOBE NEWSWIRE) — Dante Labs, a global leader in genomics and precision medicine, today announced it has partnered with The Renato Dulbecco Foundation to deliver more personalized therapies in rare diseases, oncology and COVID–19. Protelica, the groundbreaking US biotechnology company, has licensed its library of billions of pronectines nanoantibodies and a portfolio of 12 patents to The Renato Dulbecco Foundation. As part of the drug discovery partnership, The Renato Dulbecco Foundation will leverage the Dante Platform to identify nanoantibodies and their efficacy for a wide range of applications, including for the experimental treatment of COVID–19 and all its variants resistant to traditional therapies and orphan diseases. Additional R&D activities will be outsourced to Twist Biosciences.

"Personalized medicine needs personalized data, and it is through partnerships like ours with The Renato Dulbecco Foundation that we can utilize the power of genomic information to treat diseases and ultimately deliver better health outcomes for patients," said Andrea Riposati, CEO of Dante Labs.

"I strongly believe that this collaboration will lead to the discovery of new pronectines that must be considered a next generation medicine and will open the avenues for the treatment of still incurable diseases," said Prof. Giuseppe Nistic, leader of the Renato Dulbecco Foundation and former member of European Medicine Agency (EMA) CHMP (Committee for Human Medical Products) and EMA management board.

The Renato Dulbecco Foundation was selected to receive government funds of approximately USD 30 million (ca. 27 million euros) and will have employment impact for at least 100 people, including researchers, collaborators and employees. The institute is named after and celebrates Nobel Laureate Renato Dulbecco, the famed Italian""American molecular biologist and virologist who was awarded the 1975 Nobel Prize in Physiology and Medicine for his work on oncoviruses and in cancer. He is considered the father of human genome decodification.

Dante Labs is a global genomic data company building and commercializing a new class of transformative health and longevity applications based on whole genome sequencing and AI. Our assets include one of the largest private genome databases with research consent, a proprietary software platform designed to unleash the power of genomic data at scale and proprietary processes which enable an industrial approach to genomic sequencing.

The Seychelles is a nation made up of some 115 islands in the Indian Ocean. Credit: UN News, Manahas Farquhar/ Matthew Morgan

By Thalif Deen
UNITED NATIONS, Feb 18 2022 – A former Indian ambassador once told an American audience that one of the biggest misconceptions about the Indian Ocean is that it belongs to India. “Not so, but we wish we did”, he said, amidst laughter.

Speaking before the UN’s Ad Hoc Committee on the Indian Ocean last year, an Indian diplomat told delegates: “India and the Indian Ocean are inseparable. It is not just a statement of a fact of geography; but of deeper civilizational, historical, cultural, economic and political linkages that have been forged over centuries between India and the Ocean that bears its name”.

Throughout history, he pointed out, “India’s wellbeing and prosperity has been linked to its access to the Indian Ocean region. This remains even more relevant today and hence we have a vital stake in the security of the Indian Ocean.”

But rising big power geo-politics in the region have virtually doomed a longstanding proposal for a Zone of Peace (IOPZ)-– irrespective of whether it is in the Indian Ocean or in “India’s Ocean”.

For an unprecedented 58 years, the United Nations has been laboriously struggling to fully implement the proposal, first initiated by Sri Lankan Prime Minister Sirimavo Bandaranaike during the General Assembly sessions in 1964.

The proposal was also endorsed by the then 113-member Non-Aligned Movement (NAM), the largest single political coalition at the United Nations.

At the height of the Cold War, the US, France, Britain and the former Soviet Union had naval bases in the region, including refuelling facilities in Socotra Island in the former South Yemen, Gan air base in the Maldives, Asmara in Ethiopia, Port Victoria in the Seychelles, the UK-owned military base in the island of Diego Garcia and Cam Ranh Bay in Vietnam.

A 1971 UN resolution (2832) did declare the Indian Ocean a zone of peace calling upon the “great powers” to enter into immediate consultations with the littoral States of the Indian Ocean with a view to halting the further escalation and expansion of their military presence in the Indian Ocean.

But it never happened – and the declaration has remained stagnant since then.

Meanwhile, the resurrection in 2017 of the informal alliance, originally created in 2007 and called the Quadrilateral Security Dialogue (and known as the Quad), comprising the US, Australia, India, and Japan, is being viewed as a group aligned in their “shared concerns about China’s increasingly assertive behavior in the Indo-Pacific region”.

Aerial view of the vast destruction of the Indonesian coast caused by the Indian Ocean tsunami in 2004. Credit: UN Photo/E. Schneider

According to a New York Times story last December, US Secretary of State Antony Blinken pledged to strengthen relations with Indo-Pacific nations through billions of dollars in American investments and aid “and, in doing so, counter Beijing’s regional pull”.

Vijay Prashad, Executive Director, Tricontinental: Institute for Social Research, told IPS the idea of the ‘zone of peace’ is sadly not widely known. There are several countries in the world that have come together to establish a ‘nuclear-weapons free zone of peace’, such as in the South Pacific and in Latin America and the Caribbean.

The ‘zone of peace’ does not include international waters, which means that it does not impact the shipping lanes where military ships traverse.

He pointed out that the idea of the ‘zone of peace’ comes out of the peace agenda of the non-aligned states, which is why it was broached for the Indian Ocean in 1964.

The region has several nuclear powers – India and Pakistan, but also the military bases of the United States as well as France and the UK, said Prashad, who is also Non-Resident Senior Fellow, Chongyang Institute for Financial Studies at Renmin University of China.

An advance of the idea of the Nuclear-Weapons-Free Zone (NWFZ), he argued, is important for several reasons:

1. It would be a pathway to pressure India and Pakistan to return to the table and seriously discuss a peace agenda.

2. It would settle the long-standing question of the Chagos islanders, whose case in the UK courts to reclaim their lands in Diego Garcia (now a US-UK base) would be strengthened. The same applies to the people of Agalega (see: https://www.thehindu.com/opinion/op-ed/about-a-small-mauritian-island/article24073692.ece) and

3. It would put down a marker against the Indo-Pacific warfare agenda of the Quad and of AUKUS, said Prashad.

Addressing a meeting in the Indonesian capital of Jakarta last December, US Secretary of State Antony J. Blinken said the Indo-Pacific region is the fastest growing region on the planet. “It accounts for 60 percent of the world economy, two-thirds of all economic growth over the last five years. It’s home to more than half the world’s people, seven of the 15 biggest economies”.

“The United States has long been, is, and always will be an Indo-Pacific nation. This is a geographic fact, from our Pacific coast states to Guam, our territories across the Pacific. And it’s a historical reality, demonstrated by our two centuries of trade and other ties with the region.”

“Today, half of the United States’ top trading partners are in the Indo-Pacific. It’s the destination for nearly one-third of our exports, the source of $900 billion in foreign direct investment in the United States, and that’s creating millions of jobs spread across all 50 of our states”.

“And more members of our military are stationed in the region than anywhere outside the continental U.S., ensuring peace and security that have been vital to prosperity in the region, benefiting us all”, he noted.

Meanwhile three ambassadors who chaired the Ad Hoc committee opted to speak only on condition of anonymity.

He pointed out that countries in the Non-Aligned Movement (NAM) which wanted to keep US out of the Indian Ocean area were the main force behind the Committee’s propaganda-like deliberations.

“With the end of USSR, the Committee also faded away. The political nature of the Committee can be easily understood as three Committee chairs wanted to be anonymous. More so as their countries are now eager to tilt towards the reality of one “superpower,” he declared.”

Ambassador Kshenuka Senewiratne, a former Permanent Representative of Sri Lanka to the United Nations, told IPS ” as for the Indo-Pacific region, the US seems to be now more proactive due to China’s spread across this region on many aspects through their relationships with respective countries.”

But one cannot run-away from the fact that the references to trade and foreign direct investment (FDI) vis- a-vis the US and the region, she pointed out, is due to their domination by China.

“Hence the former’s interest to work with other major economic giants like India, Australia and Japan in the region & its formalization by creating the Quad. This would be the mechanism that China is watching,” she said.

Blinken’s statement speaks of the spread of the US military in the Indo-Pacific region, which is a misplaced threat, she argued, considering China has used its economic strategy to maintain power in the region and has not wielded its military might. This is so even with regard to the South China issue.

China’s manner of making countries in the region beholden to them is an aspect for the US and other related large economies in the Indo Pacific region to watch and act in a similar manner by seeking to assist in developing those countries’ economies, she declared.

Meanwhile, a senior Sri Lankan diplomat who once chaired the 44-member UN Adhoc Committee, told IPS: “The IOPZ is a dead horse—and beating it furiously is not going to revive it.”

The concept of the IOPZ, he said, was perceived during the height of the Cold War and before the ongoing technological revolution, 24/7 news cycles and China’s rise, and India under the Soviet yoke – all of which is kind of anachronistic in modern times.

“The key players in New York, and at the UN secretariat, who pay lip service to the idea, keep flogging the dead horse– like they do with many such mandates for lack of methodology to bury it permanently,” he declared.

Striking a positive note, he added: “Keeping with the UN General Assembly mandate, the IOPZ meetings are to be convened every two years. So, it may be premature to pronounce its demise!”

LONDON, Feb. 18, 2022 (GLOBE NEWSWIRE) — The Commonwealth of Dominica has given citizens, including those who participated in the country's Citizenship by Investment Programme, the deadline of August 30, 2022, to replace their [...] Read more » 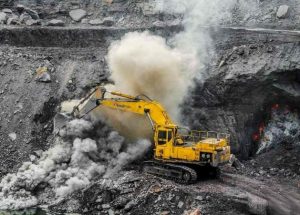