Fund V received significant support from existing investors as approximately 70% of the institutional LPs in Madison's prior fund re–upped into Fund V. Additionally, 52% of the capital committed for Fund V came from new limited partners, both domestically and abroad.

Madison's global, institutional investor base has historically included public and corporate pension plans, sovereign wealth funds, endowments and foundations, insurance companies, family offices and high net worth individuals located in the United States, the Middle East, Europe, and Asia. Madison has now expanded its investor presence to include Australia, Latin America and Canada, as well as new regions within the Middle East, Europe and Asia.

Fund V expands on Madison's investment strategy to serve as a single source of customized flexible financing solutions for borrowers' unique needs providing them with speed and certainty of execution. Fund V originates and acquires loans across asset classes including multifamily, mixed use, retail, office, industrial, land and hotel. Madison invests in transitional and special situation loans as well as provides financing for ground–up development and construction.

In 2021, Madison completed 72 transactions with a gross transaction volume of approximately $6.4 billion across all of its debt investment strategies.

Adam Tantleff, Managing Principal of Madison Realty Capital, said, "Our extensive experience through multiple cycles over the past 17 years is what led both existing and new investors to place their confidence in Madison during this unprecedented time. We are grateful for the trust they have placed in our team, and look forward to continue executing on our investors' behalf."

Madison Realty Capital is a vertically integrated real estate private equity firm that, as of December 31, 2021, manages approximately $8 billion in total assets on behalf of a global institutional investor base. Since 2004, Madison Realty Capital has completed approximately $20 billion in transactions providing reputable borrowers with flexible and highly customized financing solutions, strong underwriting capabilities, and certainty of execution. Headquartered in New York City, with an office in Los Angeles, the firm has approximately 70 employees across all real estate investment, development, and property management disciplines. Madison Realty Capital has been frequently named to the Commercial Observer's prestigious "Power 100" list of New York City real estate players and is consistently cited as a top construction lender, among other industry recognitions. To learn more, follow us on LinkedIn and visit www.madisonrealtycapital.com.

By Allegra María del Pilar Baiocchi
SAN JOSÉ, Costa Rica, Jan 11 2022 – Jan André is a cheerful and outgoing young man, a superb dancer, and aspiring schoolteacher. Indeed, he wants to become the best schoolteacher in Costa Rica. Fortified by his own will and the encouragement of his family, he overcame violence and adversity to become an outstanding university student.

Yet, in spite of his accomplishments, some people cross the street when they see him coming their way. They hide their belongings when he approaches them on the bus. Guards and staff single him out for surveillance when he enters a supermarket. Police search him and seize his belongings even when he is in a crowd in a public space.

Deeply affected by these experiences, Jan André is now fighting for the rights of people of African descent in Costa Rica.

Inspired by Jan’s work, my colleagues and I decided that the UN has a crucial role in collecting and sharing the life stories of Afro-Costa Ricans. The resulting stories are collected under an initiative called “I am Afro-descendant in Costa Rica and this is my story.” 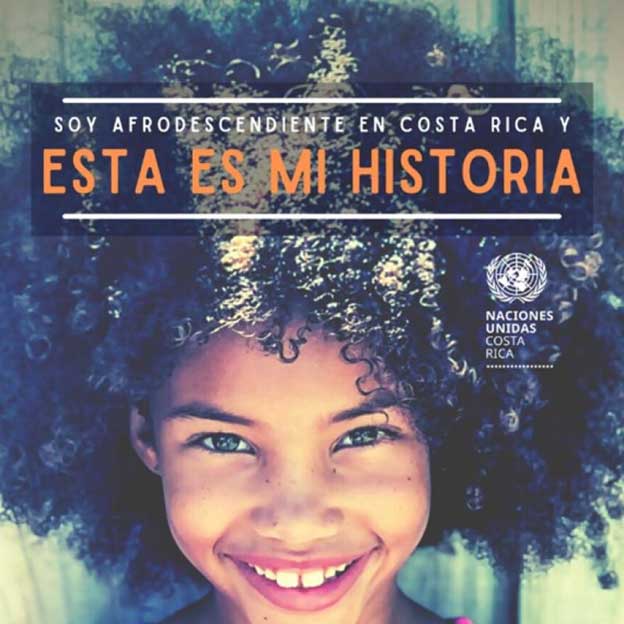 Caption: The cover of the “I am Afro-descendant in Costa Rica and this is my story,” online publication. Cedit: UN Costa Rica

Published online and in the form of a book, these stories were also designed to celebrate the first International Day for People of African Descent and the bicentenary of Costa Rica’s independence.

With this initiative, we wanted to stop talking about Afro-descendants in the abstract and instead introduce our readers to a variety of women and men, young and old, rural and urban. All of them as unique individuals who help make Costa Rica what it is today.

What have we learned from these stories?

On the one hand, we were able to reveal the incredible diversity of the Afro-descendant community in Costa Rica, the life stories, struggles and dreams true to each one of our profiles. On the other hand, however, we identified a shared experience of discrimination and injustice, a common sense of not being ‘seen’ in their own country and a collective strength that is borne out of families and communities.

It is not for Afro-descendants to “overcome” the discrimination and exclusion to which they are subjected. It is up to all of us to eradicate racism and the enduring legacy of slavery.

That is why, in December 2020, the UN General Assembly adopted a resolution that 31 August would henceforth be the International Day for People of African Descent. The resolution was initiated by the Government of Costa Rica, led by its Vice-President, Epsy Campbell, and garnered the support of 52 member states.

With UNFPA as the leading entity, we in Costa Rica marked the first commemoration of this international day last year.

“The legacy of slavery echoes down the centuries,” UN Deputy Secretary-General Amina Mohammed reminded us as part of this commemoration. “The world has not yet overcome racism. Equality and justice for all still elude us. Millions of people of African descent continue to suffer systematic discrimination, perpetuating inequality, oppression and marginalization.”

When we ensure equal opportunities for all populations to achieve their potential and the fulfillment of their rights, we are creating a fairer and more prosperous society for all of us.

The International Day for People of African Descent is a chance to promote the diverse heritage and extraordinary contributions of the African Diaspora. It is also a call to action, a call for all of us to commit ourselves every day throughout the year to build a culture of ever-greater freedom, inclusion, equity and opportunity. 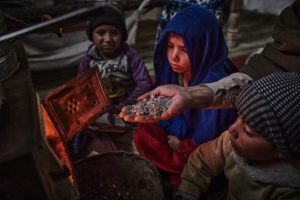