You are here: Home » Latest World News » Our Global Food Systems Are Rife with Injustice: Here’s How We Can Change This 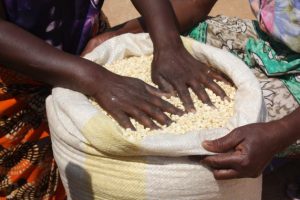 By External Source
Jan 25 2022 – The pandemic – alongside growing threats from climate change, widespread malnutrition, economic instability and geopolitical conflict – has heightened problems with the ways we produce, distribute and consume food. And it’s made clear the urgent need to make global food systems more just.

An example of modern food injustice is that if you’re poor or an ethnic minority in the US, you’re less likely to have easy access to healthy food. This situation, worsened by COVID-19, has been termed food apartheid. It’s also often the case that corporations, not local growers, control the food produced by communities: taking money out of their hands.

If this is to change, it’s important to understand who wins within existing food systems and, more importantly, who loses by being pushed to the sidelines and losing out on access to healthy food.

To do this, those who design food systems need to consider how different factors that determine if someone is marginalised – like gender, age, disability, ethnicity and religion – can combine or intersect, making some people more vulnerable.

For example, international development programmes by governments and charities often focus on helping women because they are considered vulnerable. But this risks overlooking different causes of poverty including class and race issues, marginalising other vulnerable groups.

In Tanzania, this kind of oversimplification when deciding who receives resources has been found to reinforce existing power hierarchies within communities, meaning that those who had little social power to begin with – such as poorer women – don’t get to benefit from the resources provided. 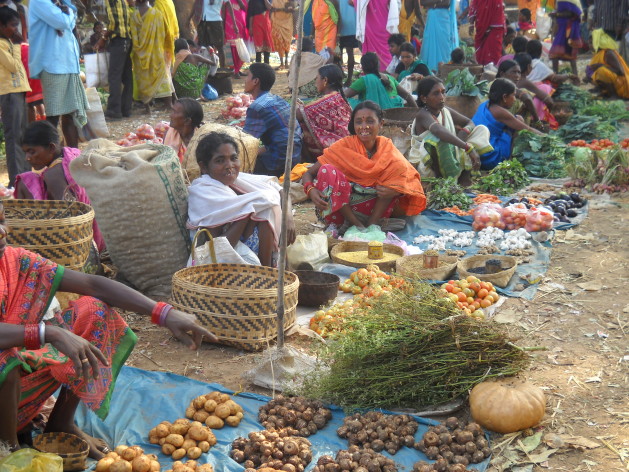 Including people in the processes designed to help them is vital to ensure systems are improved. Credit: Manipadma Jena/IPS

In contrast, research shows that development projects tend to do better when they take local community norms into account. For example, in Bangladesh, men and women from Hindu and Muslim communities work in wetlands, but each group plays a different role. Researchers found that community wetland management projects did better when people worked in accordance with their traditional roles according to both gender and religion.

Decolonising research can also encourage us to identify and challenge power, privilege and inequality in research. For example, it’s usually scholars from developed countries, rather than their counterparts in developing countries, who set research agendas and determine how money is spent

An intersectional approach helps us to move beyond simplistic categories like the “vulnerable woman”, instead drawing attention to the unequal flows of power that shape access to resources. This should be embedded at the deepest level within food science to ensure marginalised and vulnerable people are at the forefront of change.

It’s also vital to understand how power dynamics structure decisions within food systems, whether that’s within households or inside government institutions.

Creating inclusive, safe spaces for marginalised voices is also critical. Creative approaches, such as theatre, dance and music, provide a powerful medium through which to achieve this.

Historical injustice has a large part to play in the ongoing failure of food systems. For example, when it comes to global food systems, we need to understand how colonialism has shaped food processes and how it continues to do so today.

During the late 19th and early 20th centuries, the colonial government in Zambia promoted maize production over that of indigenous crops like millet and sorghum. Nowadays, maize production continues to receive substantial support, with almost 80% of the government’s annual agricultural budget spent on producing maize. Consequently, maize – which provides limited nutrients – dominates the Zambian diet, contributing to chronic food insecurity in the region.

Understanding how to better design food systems requires researchers to take into account how colonisation helped shape them in the first place. This allows us to acknowledge how colonial processes of exploitation and destruction, such as the transatlantic slave trade, are reflected in modern maize-dominated food systems across Africa.

Decolonising research can also encourage us to identify and challenge power, privilege and inequality in research. For example, it’s usually scholars from developed countries, rather than their counterparts in developing countries, who set research agendas and determine how money is spent.

And research from across the world is frequently only published in English, limiting the accessibility of that information within communities where English isn’t spoken.

Traditionally, science has seen itself as a process of impartial observation. Yet all research reflects cultural biases, and as researchers we are profoundly influenced by our own values. Becoming aware of how our scientific knowledge is created is a key step in achieving justice.

From the co-development of agricultural technologies to the design and launch of food programmes, researchers have a huge impact on what kind of science gets prioritised – and who benefits from it.